When you look at Remy your heart will melt. He is very tall and lean. He is long-coated. He is 15 years old. Knowing that he is 15 puts a lot of things into perspective. Remy just kind of does his own thing.

Indeed, he is very vocal when he’s hungry, when he needs to go out to the yard, when he sees a car pull up in the parking lot or for no apparent reason at all. Unlike a small dog though, he
doesn’t bark with a rapid succession of woofs but rather a single bark and maybe another with about 10 seconds in between. His bark is very deep-throated and not very forceful probably
because of his age.

Remy is a happy boy despite his “old man” health issues. Amongst some other things, his hips have weakened significantly but his meds keep him moving comfortably. He gets along with all of his fellow residents, large and small. He does have a tendency to be a follower and those that he chooses to follow are typically the small dogs. He just gets in behind and goes where they go and then when they stop inevitably Remy will let out a single fog horn bark.

Seeking affection and attention is not a priority for Remy. He will greet you and then wander off or find a place to go lie down and sleep. That’s ok… He’s living life on his terms. 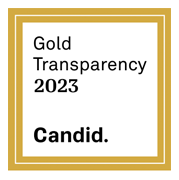